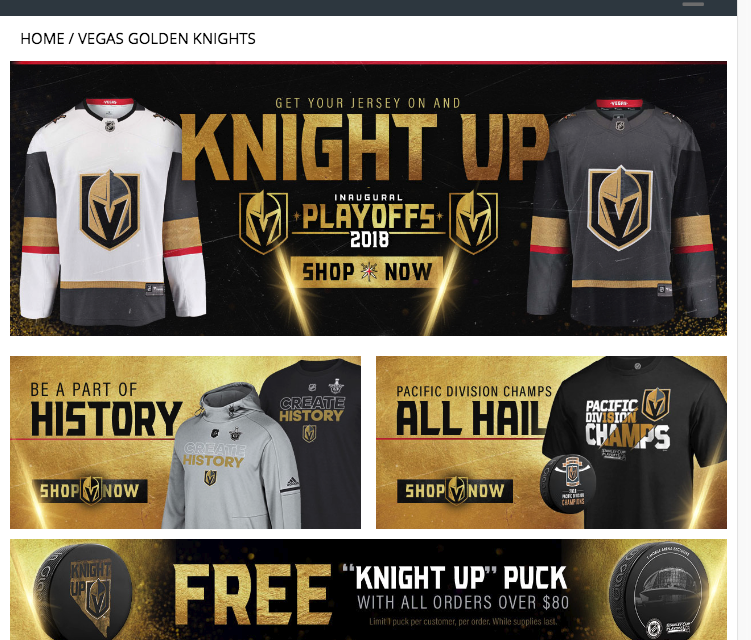 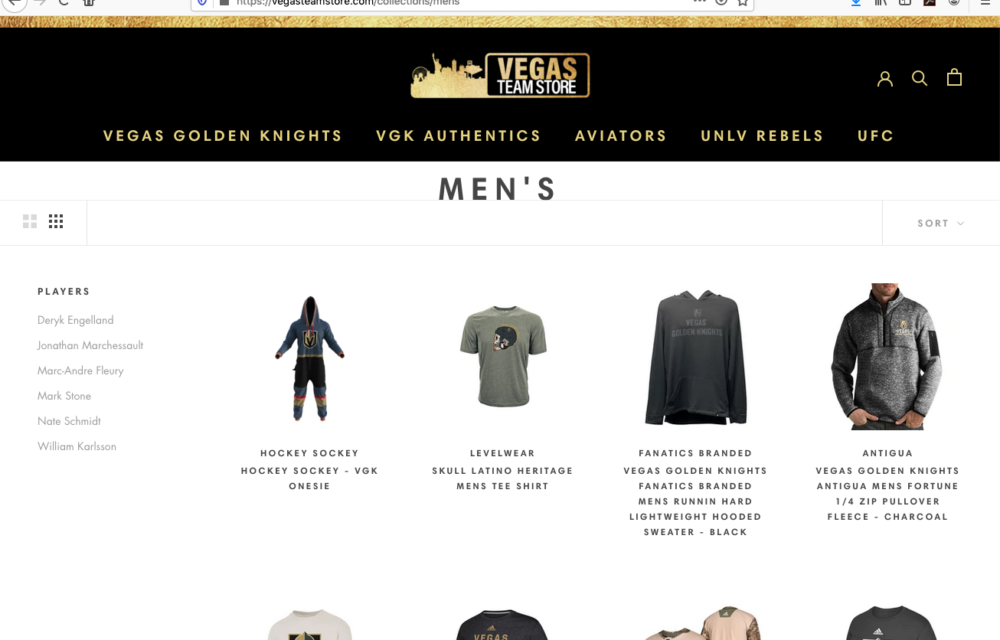 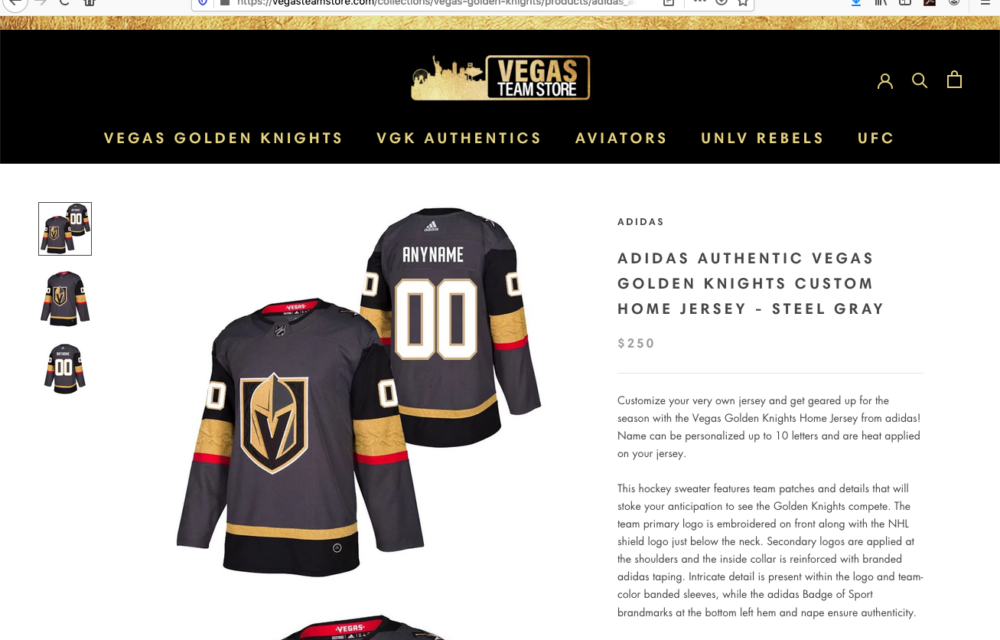 In its inaugural season, the Vegas Golden Knights NHL expansion team far exceeded expectations and not only made the playoffs, but entered having won its division. The team suddenly was faced with rampant demand for its team gear, but its eCommerce site didn’t have the elevated branding and interface that matched its level of play. In collaboration with Rank + Rally, Talewind Creative fully re-designed the UX/UI for the site, delivering a graphical approach that matched up with the dynamic identity of the team and provided improved navigation and merchandising to make it easy for fans to find the schwag they wanted. The sales results matched the team’s performance as they made it to the Stanley Cup Finals.