The St. Louis Blues Are the 2019 Stanley Cup Champs!

Home The St. Louis Blues Are the 2019 Stanley Cup Champs! 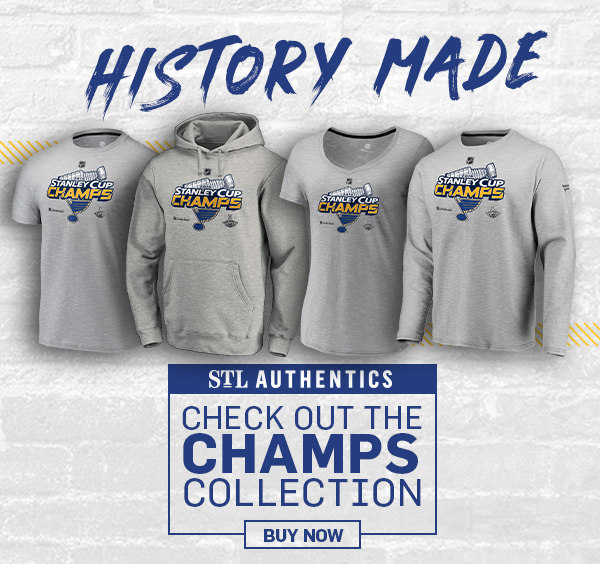 After an improbable rise through the back half of the regular season and the playoffs, they’re singing “Gloria!” in St. Louis.

Dead last. That’s where the St. Louis Blues were on January 3, midway through the NHL regular season. The absolute last place team in the entire league. Have to admit, after talking with the Blues organization pre-season, as we were re-designing their eCommerce site, we were all hopeful that the new personnel they acquired in the off-season would make a difference for a playoff run. But their dead-last position pretty much killed that hope. And then… the best record in the league the second half of the season after putting a rookie goaltender, Jordan Binnington, in the net. What?!

Then their high-energy forecheck and solid defense took the wind out of all opponents’ sails in the playoffs. And then a game 7 in the Finals against the favored Boston Bruins gave hope to taking home the cup after it had been five decades since having a chance. And, despite the Bruins dominating possession, the stellar play of Binnington kept them in the game while their opportunistic offense closed the deal in style.

We can only say congratulations on an amazing, rec0rd-breaking year, and we’ve enjoyed being a small part of it.  (Like we’ve said… Talewind Creative is the pro teams’ good luck charm.)